A little etude, good to get into the feeling of Vilambit Tintaal (Teentaal / Teen Tala). “Vilambit” refers to very slow tempi. This etude is part of what I learned some years ago from my first teacher for Bansuri and Indian Music, Mila Morgenstern in Berlin. He mentioned that it is from or refers to Vilayat Khan. Only years later I found the recordings where he playes this Bandish, but the flavour is quite different. The original you can find …here.

This version here I want to recommend to all beginners, as it is fairly easy to play (beside the challenge of the really slow tempi …). Please also see the explanations below: 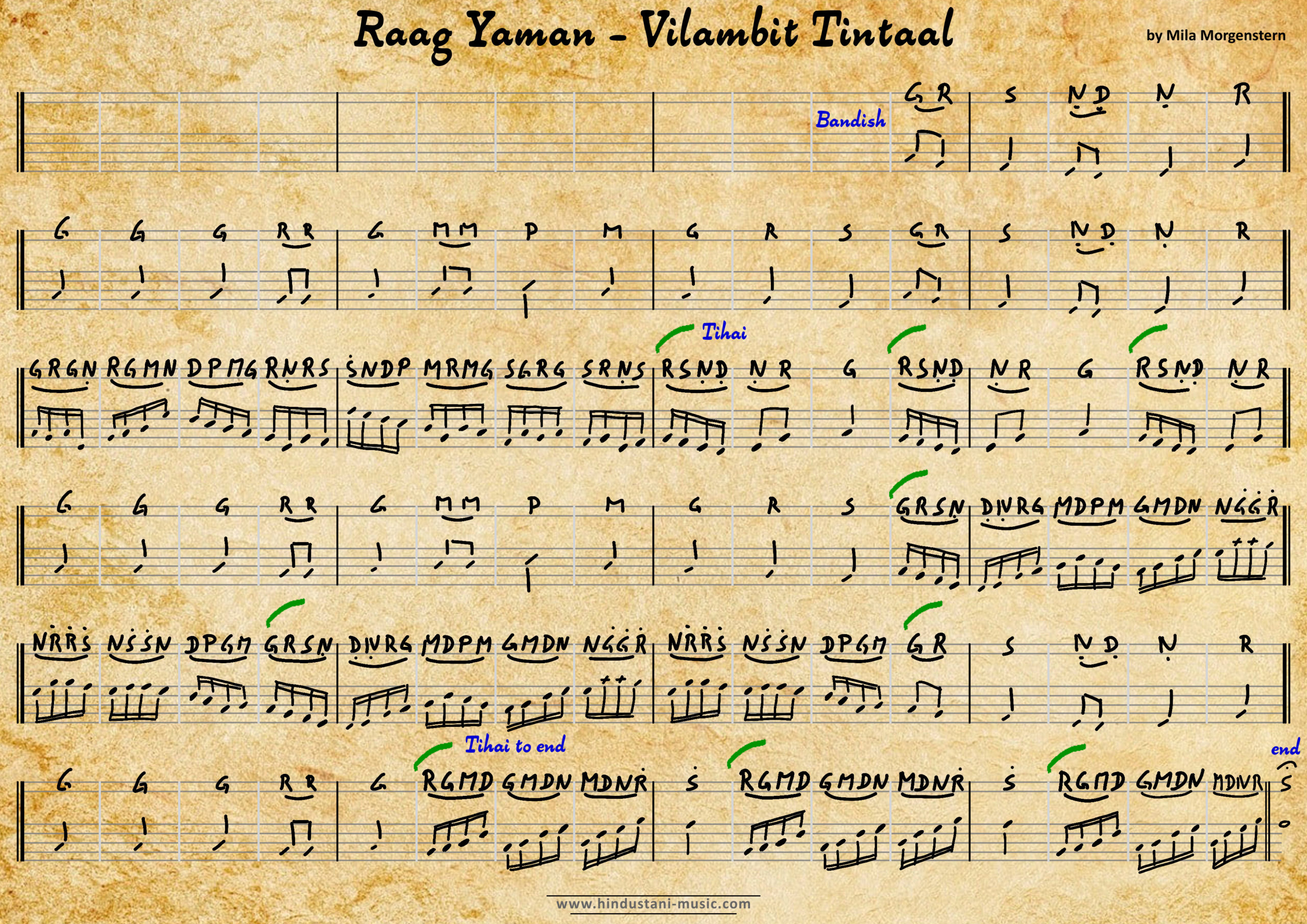 The first two lines is the plain Bandish, which is clearly a simplification of the one Vilayat Khan used to play. The third line, which is the second turn of the Tintaal, starts with an example what an improvisation can be, ending in a typical Tihai (the notes in blue color mark the beginning of the phrases).

Then finally, in the last Tintaal, we have the first 5 beats of the Bandish, going into a short and final Tihai, which ends at the sam. Story finished 😉

Need some further help?
Check out my Online (Bansuri) Lessons